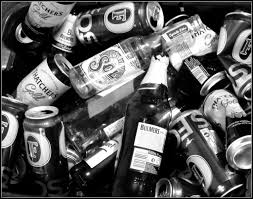 Sadie put the beer on a vacant table and peeled off her riding leather. Gina stopped to watch. So did the dudes in the bar, but Sadie’s cold look at them meant she was off limits, way off limits, even to look at. She hooked her leather jacket on the chair, sat down and scanned the room.

The Well was dark, plain, average, a typical biker bar, with a pool table, a dart board and a couple of pinball machines. But mostly, just a big dark bar. Some dudes huddled around a poker machine in the front corner. The player won credits and wanted Gina to pay out. It wasn’t legal, but it kept them playing and drinking. But Gina only paid out to people she knew. The guy she was hired to replace paid out to an undercover cop and got the bar shut down for a week.

Gina finished racking glasses and joined Sadie at the table. “So, what do you think of Baltimore so far? It’s a world unto itself, huh?”

“Yeah, it’s alright,” Gina nodded. “Baltimore is like the mutt of the world, a little bit of everything mixed with a whole lot of trailer park…Hon.” She smiled at Sadie. “So anyway,” Gina leaned over and gave her another hug, “how the hell are you?”

“Ok.” Sadie said, rubbing Gina’s arm. “Thanks for letting me stop by for a while. I know it was short notice, but I kind of needed to lay low, and I wanted a change of scenery anyway.”

“Cool. Well, if you need to lay low,” Gina swept her arm around the bar, “there’s no place lower than this.”

“Hey,” Nick yelled from behind the bar. “I got feelings, you know.”

“Sorry, Hon.” Gina mimicked his Baltimore accent, a hybrid New England nasal and southern twang, a little twangier than her own.

“This place is alright.” Sadie said looking up at the neon “Natty Boh” sign. “The land of pleasant living.”

“Thank you,” Nick said, glancing from his clipboard and bowing slightly. “Your next beer’s on the house. As soon as the bartender gets off her lazy ass.”

“Perfect.” Gina laughed. “You’ll fit right in. And as for you, Boss,” she pointed at Nick and did a neck movement she picked up from a talk show, “I’m on my break.”

Gina had been working at The Well since she got back from Florida, where she and Sadie met months before. They hooked up at a bus stop in Jacksonville and Sadie gave her a ride down the coast on her Harley. They spent six months together, traveling from beautiful sunny beach to beautiful sunny beach, all up and down the Florida coast. Gina only came back to Baltimore because she heard that I was getting out of prison sooner than expected. And Crazy Joe might too.

Gina looked back at Sadie. “So, you got a place to stay yet?”

“Well, I was hoping I could crash with you tonight. I’ll get a room tomorrow.”

“Are you sure? I got room if you want to stay with me for a while. I have a huge apartment over in Carney.”

“Nah, it’s cool. I got some money stashed. I might need my own space. I might stay a while.”

Gina understood the implication. “I’m glad you’re here, anyway, but I hope it ain’t too serious.”

Sadie smiled. “Nothing I can’t handle.”

“I believe that…Anyway, here’s my key. Go chill a while if you want. Come back tonight. We can hang and I’ll introduce you to some friends.”